Born in Minsk, Belarus on May 5th, 1998, Aryna Sabalenka began playing tennis as a child before training at the National Tennis Academy in her homeland's capital in 2014.

Making her debut on the ITF Women's Circuit in 2012, before Sabalenka had even played on the junior circuit, the Belarusian had to wait until 2014 for her first win at the professional level in Istanbul.

Sabalenka would pick up her first career title in Antalya in the October of 2015, backing it up with her second title the following week and a third in the final week of the year, finishing 2015 in the top 300 of the WTA rankings for the first time.

Winning on her Grand Slam debut at the 2017 Wimbledon Championships, Sabalenka defeated Irina Khromacheva in straight sets to advance to the second round before losing in three sets to German Carina Witthöft.

Sabalenka would finish 2017 by winning the first WTA 125 title of her career at the Mumbai Open, rising up to 73rd in the world rankings thanks to her straight-sets win over Dalila Jakupović in the final.

Her first WTA Tour title at the Premier-level would come in 2018 at the Connecticut Open with a win over Carla Suárez Navarro in the final. Soon after she would reach the fourth round of a Grand Slam for the first time thanks to wins over Danielle Collins, Vera Zvonareva and 5th seed Petra Kvitová before falling to a three-set defeat to eventual winner Naomi Osaka at the US Open.

Sabalenka was named the WTA Newcomer of the Year as a result of her impressive 2018 campaign, her first full year on the WTA Tour.

Losing to Amanda Anisimova at both the Australian Open and the French Open in 2019, Sabalenka would nevertheless rise up in the rankings to the Top 10 for the first time in her career.

The highlight of her 2019 however came in the US Open women’s doubles alongside Elise Mertens as the pair claimed the Grand Slam title with a 7-5, 7-5 victory over the duo of Victoria Azarenka and Ashleigh Barty in the final.

Sabalenka and Mertens would again taste Grand Slam success at the 2021 Australian Open with the Belarusian would top the women’s double world rankings for the first time.

At the 2021 Wimbledon, Sabalenka would reach a Grand Slam semi-final for the first time. Seeded second, wins over Monica Niculescu, Katie Boulter, Camila Osorio, Elena Rybakina and Ons Jabeur would be followed by a heartbreaking three-set defeat to Karolína Plíšková in the semi-finals.

Sabalenka would reach her second consecutive Grand Slam semi-final at the US Open including a victory over her longtime doubles partner Elise Mertens in the last sixteen before another three-set semi-final loss, this time to Leylah Fernandez.

The Belarusian would again make the last four at the US Open in 2022, suffering a third straight three-set Grand Slam semi-final defeat, losing 3-6, 6-1, 6-4 to the eventual champion Iga Swiatek.

She would then finish the year by reaching the final of the WTA Tour Finals. Sabalenka would achieve wins over defeat each of the top three seeds, just the fourth woman to do so in a single tournament, before losing to Caroline Garcia.

The first Grand Slam title of Sabalenka’s career would come at the 2023 Australian Open. Seeded 5th, she would reach the final without dropping a single set against Tereza Martincová, Shelby Rogers, Elise Mertens, Belinda Bencic, Donna Vekić and Magda Linette. Despite trailing by a set in the final to Elena Rybakina, Sabalenka would not be denied, emerging victorious 4-6, 6-3, 6-4 to claim the title.

Read all the latest news about Aryna Sabalenka 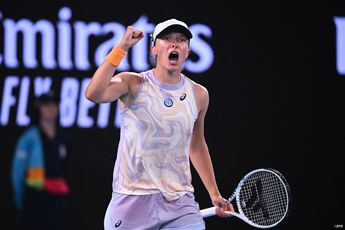 The Entry List has been released for 2023 BNP Paribas Open Indian Wells also known as Indian Wells Masters which take place b... 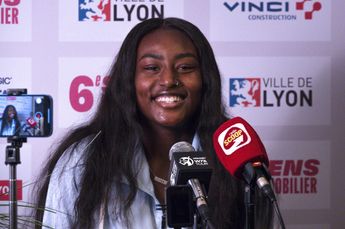 After an exciting week of tennis where Alycia Parks and Lin Zhu got their maiden WTA trophies, we have a new WTA Race update... 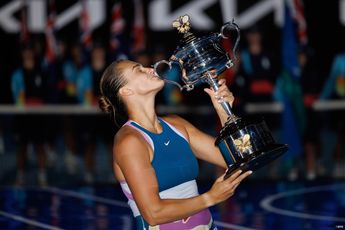 Connors urges Sabalenka to build on Australian Open success: "I hope she doesn't think that she can live off of that for five years"

Former player and tennis legend Jimmy Connors has urged Sabalenka to build on her success in Australia as she has the talent... 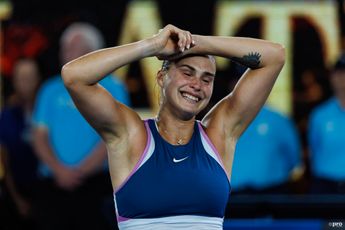 "I was interested in just how she would handle that": Connors impressed with Sabalenka handling double fault issues 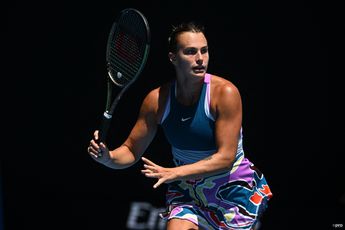 The scoring system in tennis is largely something nobody thinks about because it doesn't really make that much sense when you... 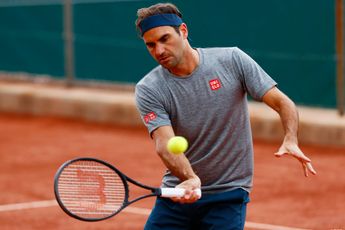 "Surely a drop off to be expected" - Andy Murray blames low viewership for 2023 Australian Open due to the absence of Federer, Barty and Kyrgios

Andy Murray has suggested that the absence of Roger Federer, Ashleigh Barty, and Nick Kyrgios was the reason for Channel 9 ex... 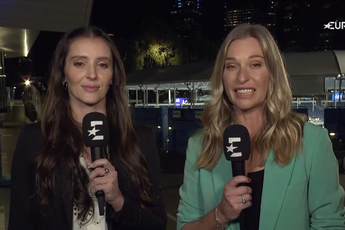 Robson and Schett believe women's tennis is in a great place: "Swiatek dominated the whole WTA Tour, but this year, I think it’s going to look very different"

Laura Robnson and Barbara Schett believe that women's tennis is in a great place with all the young players emerging right no... 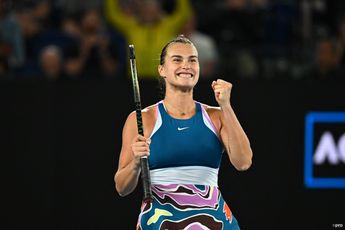 Aryna Sabalenka became the first-ever neutral grand slam champion after the country Belarus was omitted from the official tro... 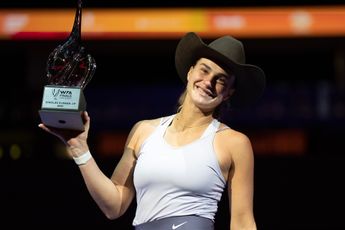 The WTA Race to the Finals update has been published with the landscape following the first major looking really interesting...

Viewership down by 66% on Australian Open Finals Saturday, attributed to absence of home favorites Ashleigh Barty and Nick Kyrgios

Channel 9's viewership numbers for the men's doubles final and women's singles final at the 2023 Australian Open have taken a...