Frances Tiafoe is an American professional tennis player and a former US Open semi-finalist with a career-high ranking of 17.

Born on the 20th of January, 1998 in Hyattsville, Maryland, U.S.A, Tiafoe and his twin brother Franklin’s parents were from Sierra Leone. Tiafoe began playing tennis aged just 4 when he lived at the Junior Tennis Champions Center in College Park, Maryland.

In 2014, Tiafoe would reach the semi-finals of the boys’ singles at the US Open, the best Grand Slam run of his junior career. After defeating the number one seed Andrey Rublev in the quarter-final, Tiafoe would fall in three sets to Frenchman Quentin Halys in the semi-final.

Tiafoe would claim the first title of his career at the 2015 ITF Futures tournament in Bakersfield, turning professional the following month.

Granted a wildcard entry at the 2015 French Open, Tiafoe would make his senior Grand Slam debut at the of 17, losing in the opening round in straight sets to Martin Kližan. Similarly, Tiafoe would lose in the first round of his US Open debut later that same year against 22nd seed, Viktor Troicki.

At the 2017 US Open, Tiafoe would announce himself to the world by pushing the great Roger Federer all the way in a thrilling five-set encounter at the Arthur Ashe Stadium before eventually succumbing 4-6, 6-2, 6-1, 1-6, 6-4.

Tiafoe would claim his first ATP Tour title at the 2018 Delray Beach Open defeating Peter Gojowczyk in the final.

Building on this success, Tiafoe would reach the third round of a Grand Slam for the first time in his career at the 2018 Wimbledon Championships. Defeating Fernando Verdasco and Julien Benneteau before losing to Karen Khachanov in five sets.

At the 2019 Australian Open, Tiafoe would go even further, making it to the quarter-final thanks to wins over Prajnesh Gunneswaran, Kevin Anderson, Andreas Seppi and Grigor Dimitrov. However, Rafa Nadal in the last eight would prove to be a bridge too far for the American.

In 2022, Tiafoe would reach his first Grand Slam semi-final at the US Open. Straight-set wins over Marcos Giron, Jason Kubler and Diego Schwartzman would lead Tiafoe to a fourth-round encounter against Nadal. A four-set win over the Spaniard would give Tiafoe his biggest career win and set up a quarter-final clash with Andrey Rublev, one he would win in straight sets. Sadly for Tiafoe and the home crowd at the Arthur Ashe Stadium, it would be a five-set defeat for the American against eventual winner Carlos Alcaraz.

One of the few African-Americans on the ATP Tour, Tiafoe is seen by many as a role model for future generations, something he is very proud of. “That's one of my biggest motivations – to get more black people playing tennis. But I'm just trying to inspire everyone, doesn't matter what race, especially younger people."

Read all the latest news about Frances Tiafoe 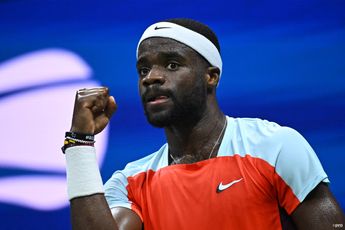 There's been a bit of a shake-up in this week's ATP rankings as 11 players have attained new career milestones. Frances Tiafo... 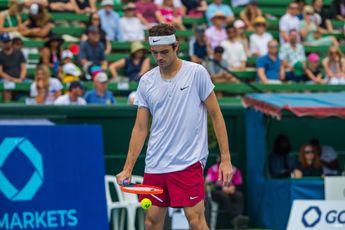 The Dallas Open sees the first ATP tournaments in the USA of the season with the hard court stop between 6-12 February, 2023... 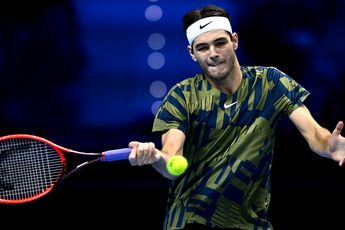 The ATP 250 event in Dallas will be played not long after the Australian Open and it will feature plenty of native players li...

The Abierto Mexicano Acapulco tournament will be held in Acapulco, Mexico from February 27-March 04, 2023 and will feature so... 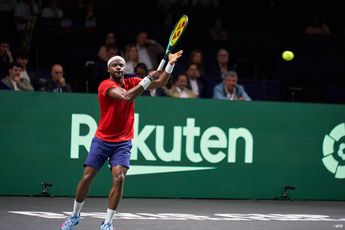 American tennis sensation Frances Tiafoe recently made his maiden entry among the top-15 in the ATP Rankings, as published on... 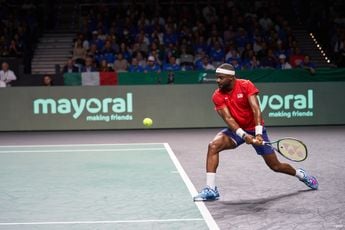 American tennis sensation Frances Tiafoe has made a huge splash in the world of sports in recent times. The 25-year-old stole... 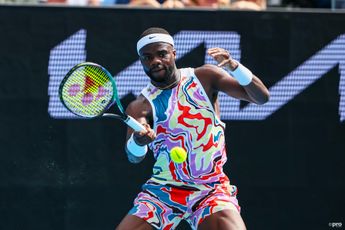 Frances Tiafoe honored in home state for his contributions to tennis, meets with Maryland Governor 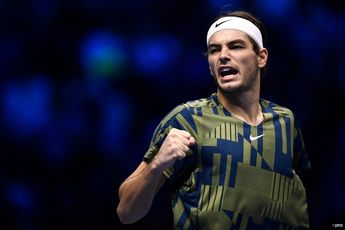 The 2023 season will see tennis return to Dallas much earlier than last year and we'll see some big names playing for a total... 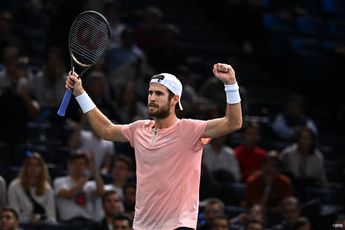 Frances Tiafoe was in the midst of a comeback against Karen Khachanov but the Russian was able to evade with a couple of cruc...

The outfit of France's Tiafoe is a popular topic during this Australian Open because it's quite unique but also very fitting...