Novak Djokovic is a Serbian professional tennis player who is regarded as one of the best baseliners to ever play the sport, and is in the conversation for the greatest player of all time.

Novak Djokovic was born in Belgrade, Serbia and began playing tennis at the age of four. At the age of six, he was spotted by Yugoslav tennis player Jelena Gencic, who recognized his potential and took over his training. Following his rapid improvement over the next six years, she realized his best option was to go abroad for the next level of training. In September 1999, he moved to a tennis academy in Germany and began his international career soon after at the age of 14.

After compiling a singles record of 40-11 in juniors, Djokovic turned professional in 2003 by entering the ATP World Tour. Initially competing in Challenger events, his first tour-level tournament came at Umag in 2004, where he lost to Italian Filippo Volandri in the round of 32.

In 2005, Djokovic made his Grand Slam debut at the Australian Open, losing to eventual champion Marat Safin in the first round. His best performances that year came at Wimbledon and the US Open, where he reached the third round in both events.

The Serbian reached his first Grand Slam quarterfinal at the 2006 French Open, after which he broke into the top 40 in rankings. He proceeded to win his maiden title in July at the Dutch Open in Amersfoort without dropping a set.

Djokovic broke into the Top 10 in 2007, winning five titles and his first Masters 1000 trophy (Miami Open) in the process. The next year saw him claim his maiden Grand Slam title, defeating Jo-Wilfried Tsonga in the 2008 Australian Open final. By virtue of this victory, Djokovic had also broken the stranglehold that Federer and Nadal held over the Major titles. This was in fact the first time since the 2005 Australian Open that a Grand Slam singles title was not won by either of his rivals.

Having a Grand Slam in his clutches seemed to motivate Djokovic to play his best moving forward. The Serbian proceeded to rack up numerous titles, to bring his Grand Slam total to 17 following the 2020 Australian Open. This is currently the third-most by an male tennis player in the Open Era, surpassed by only Rafael Nadal (19) and Roger Federer (20).

Djokovic is also a Davis Cup champion, winning the trophy for Serbia in 2010. He finally won the French Open in 2016 to achieve the “Career Grand Slam”, also holding all four Major titles at the same time.

Despite winning 17 Grand Slams and being the only player in history to have won all nine ATP Masters 1000 titles (34 in total), Olympic Gold continues to elude the Serbian. His best finish came at the 2008 Games in Beijing, where he won the Bronze medal.

Djokovic attained the World No.1 ranking for the first time on July 4, 2011. He has maintained a top ten position since then, only falling out of the top 20 when he missed half of the 2017 season due to injury.

The Serbian has since resumed his dominance of the sport until the debacle that surrounded him in the 2022 season with a ban from Australia due to not taking the COVID-19 vaccine and from there, not playing many tournaments due to entry requirements.

Many have dropped since and as a result, he is unbanned from Australia and will look forward to a near full 2023 calendar.

He married his high school sweetheart, Jelena in 2014 and the couple have two children, Stefan and Tara.

Read all the latest news about Novak Djokovic 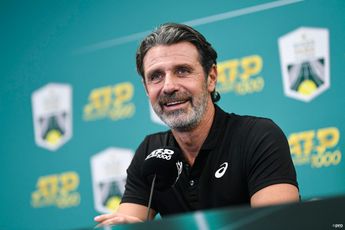 Serena Williams ex-coach believe all pressure will be on Djokovic heading into Tsitsipas final: “He will be playing that final to tie with Rafa”

Patrick Mouratoglou already anticipated the final of the Australian Open and gave his opinion on the possibilities of Stefano... 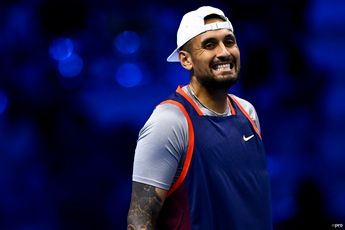 Kyrgios on who he would coach or mentor during Instagram Q&A: “the one person I want to help is…”

Nick Kyrgios answered questions from his fans through his Instagram Stories. The 27-year-old is recovering from an injury tha... 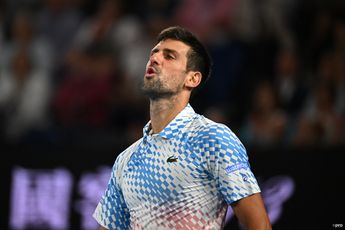 Novak Djokovic extended his consecutive winning streak at the Australian Open to 27 in a row becoming the sole owner of that... 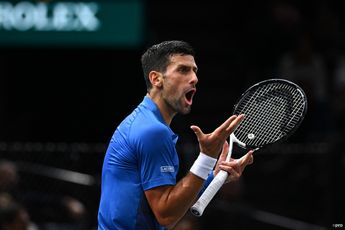 Robson sees Djokovic as a 'perfectionist' ahead of Australian Open Final: "When it’s off that, he does get frustrated"

Eurosport tennis analyst Laura Robson believes Novak Djokovic gets easily frustrated when things are not going as smoothly as... 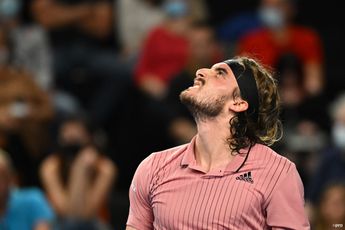 "Best answer possible": Mouratoglou applauds Tsitsipas for not getting involved in Djokovic mind games ahead of Australian Open Final

Novak Djokovic had an interesting moment recently when he expressed that Tsitsipas didn't play a grand slam final before when... 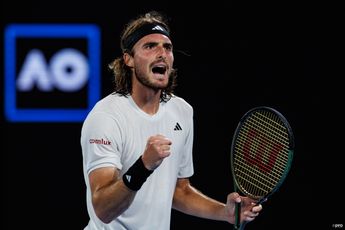 Novak Djokovic will take on Stefanos Tsitsipas in his 10th Australian Open final hoping to improve to 10-0 in finals and capt... 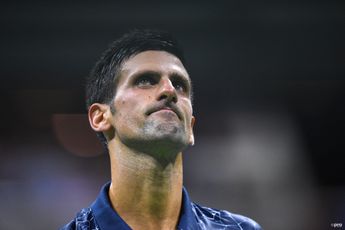 Australian Open Director Craig Tiley urged the Djokovic family to be really careful after they were at the center of a flag s...

"That's what his career is about": Henman believes Djokovic only has one aim in Australian Open Final

Eurosport analyst Tim Henman is certain that winning his 22nd grand slam is far more important to Djokovic than being ranked... 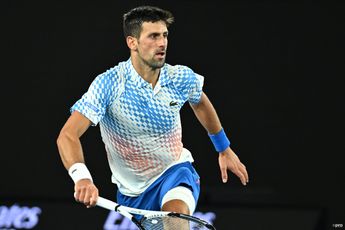 Eurosport expert Boris Becker has declared that Sunday's showpiece at the Australian Open between Novak Djokovic and Stefanos... 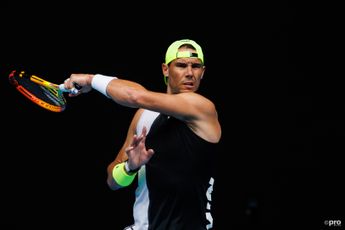 Australian Open semifinalist Tommy Paul was recently asked to build his perfect player, in which he picked attributes from a...