Dominic Thiem is an Austrian professional tennis player who has reached multiple Grand Slam finals and is currently regarded as one of the best clay-court players on the ATP Tour.

Dominic Thiem was born in Wiener Neustadt, Austria to parents who are tennis coaches. He started playing tennis at the age of six, after his father, Wolfgang Thiem, began coaching at Gunter Bresnik’s academy in Vienna. Due to his amazing potential, Bresnik himself would later become Thiem’s coach from age nine onwards. Thiem reached an ITF Junior ranking of World No.2 in January 2011, and would finish runner-up at the 2011 French Open Boys event, losing to Bjorn Fratangelo in the final.

In 2011, Thiem made his ATP main draw debut at Kitzbühel as a wildcard (l. to Gimeno-Traver in first round) before securing his first career tour-level win against Thomas Muster at the 2011 Vienna Open. He would go 1-2 in tour-level matches in 2012, although he did win manage to win three Futures titles.

The following year, he would reach two ATP quarterfinals, at Kitzbühel and Vienna. He also won two titles on the Challenger circuit, and finished inside the Top 125 for the first time.

Thiem won his first Grand Slam match during the 2014 Australian Open, defeating Portugal’s Joao Sousa in the first round. He would have decent showings after Melbourne, before recording the biggest win of his career at the 2014 Madrid Open. After qualifying for the main draw, he upset then-World No.3 Stan Wawrinka in the second round. He would participate at the French Open but fall to Rafael Nadal in the second round.

Following some early round exits after Roland Garros and Wimbledon, Thiem would reach his first ATP final at Kitzbühel, losing to David Goffin. He reached the fourth round of the 2014 US Open, losing to sixth seed Tomas Berdych. He would finish the season as the No.1 Austrian, breaking into the Top 50 for the first time in his career.

The Austrian won his first ATP title at the 2015 Nice Open, defeating Leonardo Mayer in the final. He would go on to defeat Gael Monfils en route to his second title at the Croatia Open in Umag, overcoming Joao Sousa in the final. A week later, Thiem would win his third ATP title, defeating David Goffin in the final of the Swiss Open Gstaad. Thiem would finish the 2015 season as the youngest player inside the Top 20, after reaching a career-high of No.18.

Thiem would have a spectacular 2016 season, capturing four titles in the process (Buenos Aires, Acapulco, Nice and Stuttgart). Furthermore, he reached his first Grand Slam semifinal at the 2016 French Open, where he lost to Novak Djokovic. He attained a career-high ranking of World No.7 in June 2016, becoming the youngest player in the Top 10 since Milos Raonic in 2013.

Thiem accumulated a career-high 58 match wins in 2016, with wins over Roger Federer in Rome and Stuttgart. Although he qualified for the season-ending ATP Finals, he went 1-2 in round-robin play and failed to progress past the group stage.

The 2017 season saw Thiem win his eighth ATP title when he defeated Pablo Carreno Busta in the final of the Rio Open. He would reach his first Masters 1000 final at the Madrid Masters, losing to Nadal in the final. He would again lose to Nadal in the final of the Barcelona Open. However, he secured his first win over a World No.1 when he defeated Andy Murray in the Barcelona semifinals. The Austrian proved his clay-court prowess with a rare victory over Nadal on clay at the quarterfinals of the Rome Open, before losing to Djokovic in the semifinals. He ended his clay-court season with another French Open semifinal appearance, again losing to Nadal.

Following his exceptional clay-court season and strong performances thereafter, Thiem broke into the Top 5, rising to World No.4. He would again qualify for the ATP Finals but failed to advance to the semifinals.

Thiem would win another three titles in 2018 (Buenos Aires, Lyon and St. Petersburg). He ended Nadal’s 21-match win streak on clay with a quarterfinal victory at the 2018 Madrid Masters, before losing to Alexander Zverev in the final. He would advance to his first Grand Slam final at the 2018 French Open, losing to Nadal in the final. By doing so, he became the 2nd Grand Slam finalist from Austria, joining 1995 Roland Garros champion Thomas Muster as the only men to do so.

After a solid start to the hardcourt season, he would reach the quarterfinals of the US Open, where he faced defending champion Nadal. The two clashed in a nearly five-hour marathon match that ended with Nadal prevailing at 2:04 AM local time. Thiem would qualify for the ATP Finals, but fail to advance past the group stage. He ended the 2018 season ranked World No.8.

The 2019 season saw Thiem win five ATP titles, with the biggest win of his career occurring at the 2019 BNP Paribas Open. As a result, he returned to his career-best ranking of World No.4. He would also triumph at Barcelona, Kitzbühel, Beijing and Vienna. He defeated Nadal on Clay for the fourth straight season with his win in Barcelona, before advancing to his second straight Roland Garros final after defeating World No.1 Novak Djokovic in the semifinal. However, he would again fall to Nadal in the final in four sets.

After qualifying for the ATP Finals, he would advance to the knockout stage with victories over Roger Federer and Novak Djokovic. He faced Stefanos Tsitsipas in the final, losing to his Greek opponent in three close sets.

After participating at the inaugural ATP Cup to begin his 2020 season, Thiem would reach the Australian Open final. The Austrian lost to defending champion Novak Djokovic in a five-set marathon final. He would reach a career-high of World No.3 in March 2020, and won the first leg of the Adria Tour exhibition event in June.

Thiem is a supporter of Chelsea Football Club, and founded his won club, 1.TFC Matzendorf in 2016, which consists of friends and tennis players that gather together to play charity games a few times a year. He also dated WTA star Kristina Mladenovic from 2017 but the two split in November 2019.

Read all the latest news about Dominic Thiem 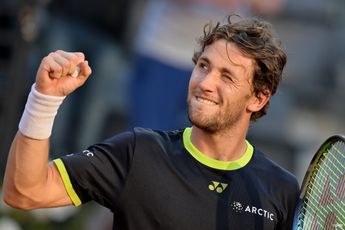 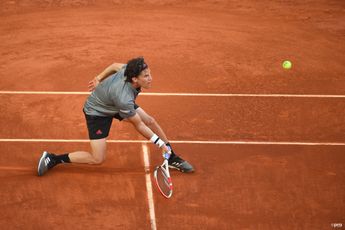 Dominic Thiem elected to skip Wimbledon and it was a sensible decision as he never performed well at the event or grass in ge... 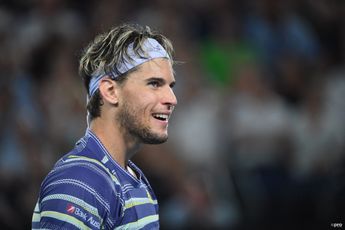 Dominic Tiem has been officially dropped from the Wimbledon entry list as the Austrian still struggles with finding his best... 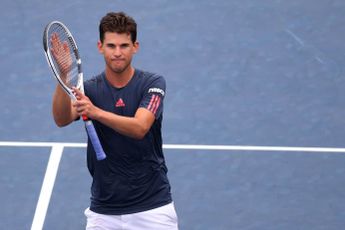 "Days were good for me" - Thiem shares practice updates with fans

Dominic Thiem lost all matches since returning from a wrist injury and it's left him even more determined to come back to his... 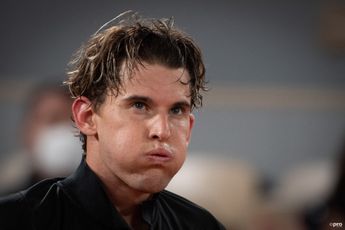 Dominic Thiem was easily beaten by Hugo Dellien in the first round of Roland Garros making his win/loss record after coming b... 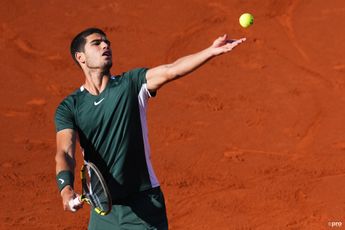 Roland Garros is starting and day one brings a lot of excitement with players such as Alcaraz, Zverev, Sakkari and Gauff. Pla...

Dominic Thiem is now 0-6 since his return from injury as he continues to struggle with his level of tennis on clay.The Austri... 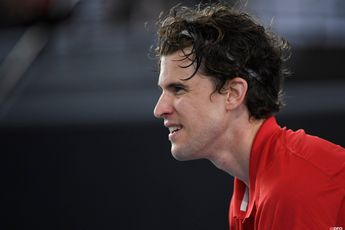 Dominic Thiem continues to struggle, loses to Cecchinato in Geneva

Dominic Thiem is still struggling with tennis as he was taken down by Marco Cecchinato a player who barely beat anybody in th... 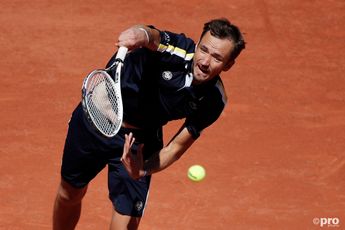 With Roland Garros only a few weeks away, the ATP will be making a stop in Switzerland for the Geneva Open as players prepare...

"I'm really frustrated right now" Thiem after yet another loss

Dominic Thiem got a tough draw in Rome with Fabio FOgnini proving better in two tight sets and it left the Austrian very frus...