Rafael Nadal is a Spanish professional tennis player who has held the World No.1 ranking and is lauded as the greatest clay-court player in tennis history.

Rafael Nadal was born in Manacor, Mallorca, Spain and began playing tennis at the age of three. He was introduced to the sport by his uncle, Toni Nadal, who saw his potential by the time Nadal was eight and encouraged him to play left-handed to give him an advantage on the tennis court. By age 12, he’d won European titles in his age group and was forced by his father to choose between tennis and football, another sport where he’d shown great promise. Nadal chose tennis and turned professional by the time he was 15.

In April 2002, Nadal won his first ATP main draw match at 15 years and 10 months old, defeating Ramon Delgado at the Mallorca Open. He finished the year with a Futures record of 40-9, winning 6 titles at that level. The next year saw him make his Wimbledon debut, where he reached the third round. He also finished the year ranked World No.49 and won his first ATP title, in the doubles event at the 2003 Umag Open.

The Spaniard put the world on notice in 2004, when he defeated then-World No.1 Roger Federer at the Miami Open. This would be the first of many meetings between the two, as they have since developed a healthy rivalry. Nadal missed the French Open because of an ankle injury but won his first ATP singles title in August at the 2004 Prokom Open.

Nadal had a breakthrough season in 2005, when he won the first of many Roland Garros titles. He dominated the clay-court season, winning 24 consecutive singles matches. Furthermore, he became the second male, after Mats Wilander, to win the French Open on his first attempt. His dominant clay-court victories, coupled with his French Open title, saw him rise in ranking to World No.3. He capped off the season by winning eleven singles titles and earning the ATP Most Improved Player of the Year Award.

The Spaniard experienced a meteoric rise in performance and popularity, going on to win several more titles and Grand Slams. He currently holds 19 Major trophies, second only to Roger Federer [20] in the Open Era. During that period, Nadal ascended to the peak of the ATP rankings, first attaining the World No.1 ranking on August 18 2008. This is a position that he has held and relinquished for over a decade.

The 33-year old is regarded as “The King of Clay” primarily because of his dominance on his favorite surface. He has amassed over 50 clay-court titles, with at least 11 each at Roland Garros, the Monte-Carlo Masters and Barcelona. Additionally, he accomplished the longest single surface win streak in matches, with 81 wins on clay courts. All these accolades are the most in the history of the Open Era, making him the greatest clay-court player of all time.

Nadal is also a two-time Olympic Gold medalist, winning the singles and doubles events at Beijing 2008 and Rio 2016 respectively. After winning the US Open in 2010, Nadal accomplished a rare feat, becoming the second man after Andre Agassi to achieve the Career Golden Slam. This accolade is only bestowed on those who have won all four Major titles and a singles Olympic Gold medal.

Nadal is a five-time Davis Cup winner (2004, 2008, 2009, 2011, 2019) and ATP Cup runner-up, falling to Serbian Novak Djokovic in the final. He married his long-time girlfriend Maria Francisca Perello Pascual in October 2019, and built a tennis academy in his hometown of Manacor, Mallorca.

Read all the latest news about Rafael Nadal 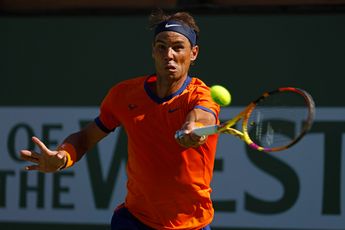 The 4th day of Roland Garros brings us some spectacular matches with stars such as Rafael Nadal, Novak Djokovic, Carlos Alcar... 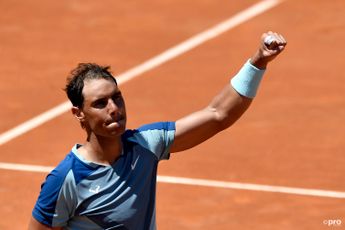 Nadal and Peng were joined by members of the USWNT, stars from the Beijing Olympics and a WNBA icon on the famous list.Time m... 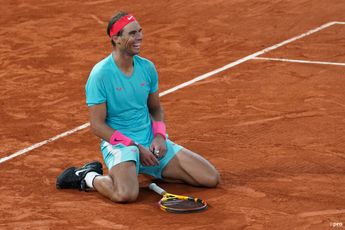 Rafael Nadal eased his way past Jordan Thompson 6-2 6-2 6-2 and it was a good start for Nadal who was happy about Roland Garr... 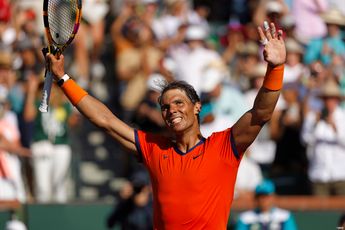 Rafael Nadal produced a solid effort to take down Jordan Thompson in straight sets 6-2 6-2 6-4 in the first round of Roland G... 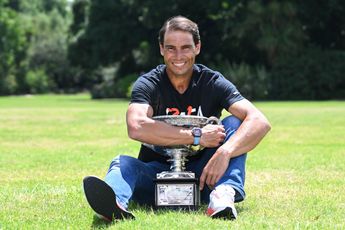 "Djokovic is not the favourite, Nadal is" says Goran Ivanisevic about Roland Garros

Djokovic's coach Goran Ivanisevic insists that Rafael Nadal is the favourite to win Roland Garros and not Novak Djokovic.Djok... 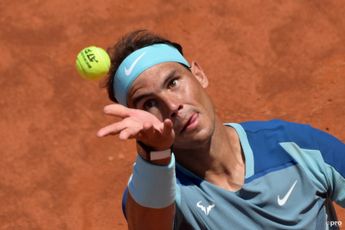 The 2nd day of Roland Garros brings out the big guns with Nadal, Djokovic, Osaka, Raducanu and Swiatek all on the courts. Pla... 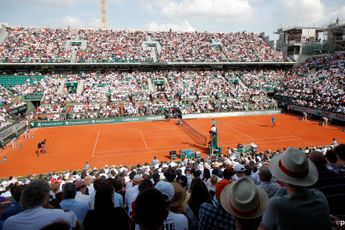 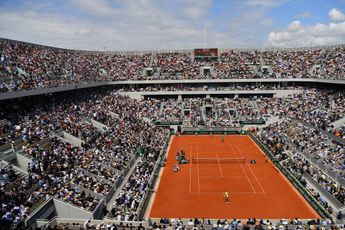 The Men's Draw has been completed ahead of the French Open at Roland Garros which takes place between 22 May - June 5, 2022 i...

Alexander Zverev had a chance to watch Rafael Nadal practice and the German was impressed by how much better the Spaniard loo... 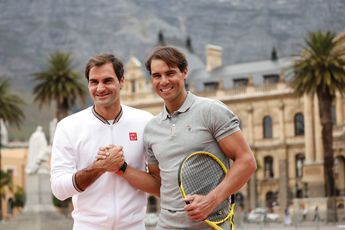 Federer finds inspiration in Nadal's success - "We talk a lot"

Roger Federer says Rafael Nadal’s success this season has been “incredibly inspiring” as he looks to return to the top level...