Bianca Andreescu is a Canadian professional tennis player who became the highest-ranked female Canadian player when she broke into the Top 5 following her maiden Grand Slam title in 2019.

Bianca Andreescu was born in Ontario, Canada to Romanian parents. Her family moved back to Romania when Andreescu was six, and she began playing tennis at the age of seven. When they returned to Canada, she began training at the Ontario Racquet Club before moving to the U14 National Training Centre in Toronto. As a junior, Andreescu peaked at a career-high of World No.3, winning numerous events on the ITF Junior circuit. Furthermore, she made the girl’s Australian Open semifinal in 2017 and won the girls doubles titles with compatriot Carson Branstine. She would also win the girl’s doubles title at the 2017 French Open, again teaming with Branstine.

Andreescu began playing on the ITF Women’s Circuit in 2015, and was given wild cards into qualifying at the Canadian Open in 2015 and 2016. However, she failed to qualify and missed most of 2016 due to injury. She would return and win her first ITF singles and doubles titles at the 2016 event in Gatineau. The following year saw her win two more ITF titles, before finally qualifying for her first main-draw Grand Slam event at Wimbledon. She would lose in the first round to World No. 105 Kristina Kucova. She recorded her first win on the WTA Tour at the 2017 Citi Open, defeating Italian Camila Giorgi in the first round. She then upset World No.13 Kristina Mladenovic, before losing in the quarterfinals to Andrea Petkovic. She ended her season by reaching her first WTA doubles final, teaming with Branstine to finish runner-up at the 2017 Coupe Banque Nationale. Her best ranking in 2017 was World No.143, although she finished the year ranked No.182.

In 2018, Andreescu failed to qualify for any WTA main-draw events. She would win two singles titles and one doubles title on the ITF Circuit. Her late season surge helped her finish the year ranked World No.152.

Andreescu had a breakthrough season in 2019, that saw her rise into the Top 5 in the world. She reached her first WTA final at the 2019 Auckland Open, losing to defending champion Julia Goerges. She won her first Grand Slam match at the Australian Open, defeating Whitney Osuigwe in the first round. She followed this with a semifinal appearance at the Mexican Open, losing to fifth seed Sofia Kenin. Her hot streak would continue at Indian Wells, where she won her first WTA title. Andreescu would defeat World No.8 Angelique Kerber in the final, and rise to World No.24 in the rankings.

After suffering a shoulder injury at the Miami Open, Andreescu would be out of action until August 2019. She would make her return at the Canadian Open, where she won her second high-level Premier event of the year. She defeated World No.10 Serena Williams in the final, although Williams was forced to retire after suffering severe back spasms in the first set. With this title win, she moved to World No.14 in the rankings.

Andreescu would win the biggest title of her career a few weeks later, when she won her maiden Grand Slam title at the 2019 US Open. She defeated Serena Williams in the final, and became the first Canadian player to win a Grand Slam singles title. As a result, she rose to a career-high of World No.4 in the WTA rankings. Her 16-match win streak would end at the hands of Naomi Osaka in the quarterfinals of the China Open. She qualified for the year-ending WTA Finals, but withdrew after two losses, citing a knee injury.

Andreescu missed the first few months of the 2020 season due to her knee injury. She withdrew from Indian Wells right before it was cancelled due to the coronavirus pandemic.

Andreescu is nicknamed Bibi and looked up to the Williams sisters and Kim Clijsters when growing up. She stated that she modeled her game after former World No.1 Simona Halep, who is also of Romanian descent. Her favorite sports team is the NBA’s Toronto Raptors, and she also practices yoga.

Read all the latest news about Bianca Andreescu 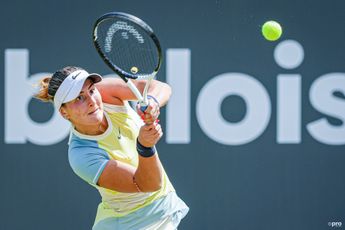 The tournament will continue its tradition of celebrating the best in women’s tennis as the trio of North American stars join... 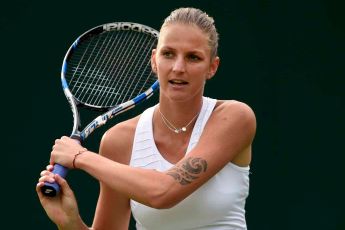 A couple of notable seeds are out of Wimbledon today with native Katie Boulter beating last year's finalist Karolina Pliskova... 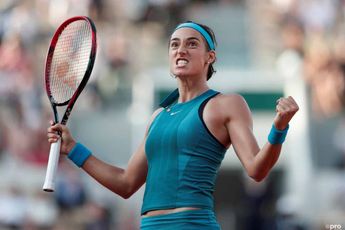 Bianca Andreescu threw away the match win twice in this match with the French player triumphing 6-7(5) 6-4 6-4. The Canadian... 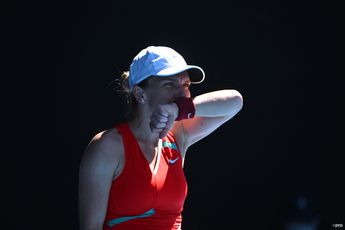 Simona Halep and Bianca Andreescu were supposed to play the first semifinal of the Bad Homburg Open but the Romanian was forc... 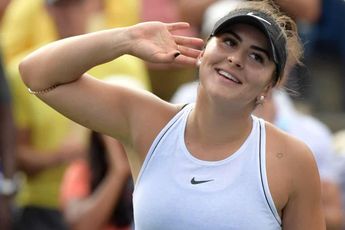 During lockdown, Bianca Andreescu quietly turned her hand to making beats - a creative outlet that has helped her process her... 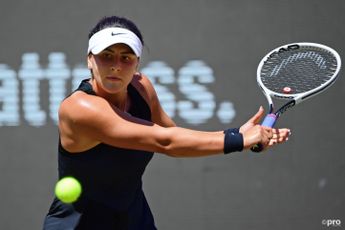 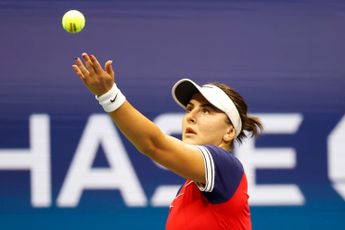 The 2022 grass event in Bad Homburg returns this year with a fairly solid field headlined by Daria Kasatkina as the top seed... 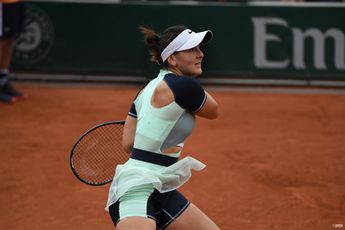 Bianca Andreescu throws away win against Pliskova in Berlin 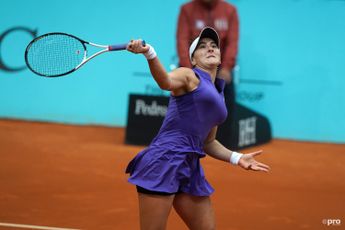 Bianca Andreescu won a match at the bett1open in Berlin for the first time in her career, edging past Katerina Siniakova of t...