David Goffin is a Belgian professional tennis player who became the first man from Belgium to reach the Top 10 and has won multiple titles on the ATP circuit.

David Goffin was born in Rocourt, Belgium and began playing tennis at the age of six. His father, Michel, is a tennis coach at the Barchon Club in Liege and monitored Goffin’s training in his youth. He reached World No.10 in the junior rankings in 2008, although he failed to impress at the junior Grand Slam level.

Goffin participated in Futures and Challenger tournaments in 2009, reaching six semifinals. He lost his first ATP Challenger final at Ljubljana in 2010, but finished the year ranked World No.233. He would win his first ATP main draw match at the 2011 Chennai Open, defeating India’s No.1 Somdev Devvarman before losing to Stan Wawrinka.

The following year, Goffin had a breakthrough season as he made the quarterfinals of the Chennai Open. He entered the 2012 French Open as a lucky loser following the withdrawal of Gael Monfils, but lost to Roger Federer in the fourth round. However, he became the first lucky loser to reach the last 16 of a Grand Slam since countryman Dick Norman in 1995. He would receive a wildcard to Wimbledon, reaching the third round before falling to 10th seeded Mardy Fish. He would finish the season ranked in the Top 50 and as his country’s top player.

The Belgian would have a rather underwhelming 2013 season, highlighted by a third round loss to World No.1 Novak Djokovic at the Cincinnati Masters. After undergoing left wrist surgery at the end of 2013, Goffin would experience a resurgence in the middle of the 2014 season. He won his maiden ATP title at the Austrian Open Kitzbühel, defeating Dominic Thiem in the final. He would go on to win his second career title at the Moselle Open, breaking into the Top 40 for the first time in his career.

Following his title run, Goffin would reach his first ATP 500 final at the Swiss Indoors in Basel. He lost to five-time champion Roger Federer but achieved a career-high ranking of World No.22. He would end the year with this rank, after having started the 2014 season ranked No.111. Therefore, he was awarded the ATP Comeback player of the year for 2014.

Goffin would make two finals in 2015, at ‘s-Hertogenbosch (l. to Mahut) and Gstaad (l. to Thiem). He reached his first ATP Masters 1000 quarterfinal at the 2015 Rome Masters, losing to David Ferrer. Furthermore, he led Belgium to the Davis Cup final, but lost to Great Britain’s Andy Murray in the decisive fourth rubber match. Nonetheless, he finished the year at World No.16, after reaching No.14 earlier in July.

At the 2016 Australian Open, Goffin reached the fourth round for the first time, losing to Federer in straight sets. He then made two consecutive ATP Masters 1000 semifinals, at Indian Wells (l. to Raonic) and Miami (l. to Djokovic). He advanced to his first Grand Slam quarterfinal at the 2016 French Open, losing to Dominic Thiem in four sets. He would make the fourth round of Wimbledon (l. to Raonic) but was upset in the first round of the US Open by American teenager, Jared Donaldson. Goffin would end his season as a reserve at the ATP Finals, replacing the injured Gael Monfils but losing his only match against Novak Djokovic.

The Frenchman would reach the quarterfinals of a Grand Slam for the second time at the 2017 Australian Open, losing to Bulgaria’s Grigor Dimitrov. He then made the Sofia Open final, but again lost to Dimitrov. He would exact revenge against the Bulgarian a week later at the Rotterdam Open, but lose to France’s Jo-Wilfried Tsonga in the final. His exceptional play saw him reach a career-high of World No.10, becoming the first Belgian man to break into the Top 10 rankings. Goffin would defeat Dominic Thiem and World No.2 Novak Djokovic en route to the semifinals at the Monte Carlo Masters. However, his run would be stopped by eventual champion Rafael Nadal.

After being derailed by an injury suffered at the 2017 French Open, Goffin would return to the tour and win back-to-back titles, at Shenzhen (d. Dolgopolov) and Tokyo (d. Mannarino). This enabled him to qualify for the year-ending ATP Finals, where he secured victories over World No.1 Rafael Nadal and Dominic Thiem to advance to the knockout stage. He defeated Roger Federer in the semifinal, becoming just the sixth player to beat both Federer and Nadal at the same event. He would face familiar foe Grigor Dimitrov in the final, but lose in three sets. He ended the year with a career-high ranking of World No.7, and led Belgium to the Davis Cup finals. However, they would lose to France 2-3, although Goffin won both his singles rubbers.

Goffin reached back-to-back semifinals at the start of the 2018 season, at Montpellier (l. to Gasquet) and Rotterdam. He was forced to retire in the match against Dimitrov, as the ball bounced off his racket and hit him in the left eye. This injury caused him to withdraw from subsequent tournaments, before finally returning at the Monte Carlo Masters (l. to Dimitrov, QF). He would put on strong showings at Barcelona (l. to Nadal, SF) and the Cincinnati Masters, where he was again forced to retire in the semifinals against Federer following an injury after losing the first set. Goffin would end his season in September following a right elbow injury.

The Belgian claimed his first ATP doubles title at the 2019 Qatar Open, pairing with Frenchman Pierre-Hugues Herbert. He would make two semifinals, at Marseille and Estoril, losing both times to Greece’s Stefanos Tsitsipas. After losing to Nadal in the third round at the 2019 French Open, he would reach the Halle Open final. He was defeated by nine-time champion Roger Federer, but his strong performance granted him a favorable seeding at Wimbledon. Seeded 21st, Goffin upset 11th seed Daniil Medvedev on his way to his first Wimbledon quarterfinal. However, he was defeated by top seed and defending champion Novak Djokovic. The Belgian would reach his first ATP Masters 1000 final a few weeks later at the Cincinnati Masters. Although he was the first Belgian to reach an ATP Masters final, he would fall to ninth seed Medvedev. His summer hardcourt season would end with a fourth round showing at the US Open, where he lost to Roger Federer.

Goffin began the 2020 season by going 3-1 at the inaugural ATP Cup, highlighted by his second win of career over World No. 1 Nadal. However, Belgium would still lose 1-2 to Spain in the quarterfinals. The Belgian would reach the semifinals of Montpellier (l. to Pospisil) before breaking back into the Top 10 rankings at No.10. He would hold this position as the ATP season was suspended due to the coronavirus pandemic.

Goffin is nicknamed La Goff and his idol growing up was Roger Federer. He enjoys playing golf and is sponsored by Wilson for his rackets and Asics for his clothing and footwear.

Read all the latest news about David Goffin 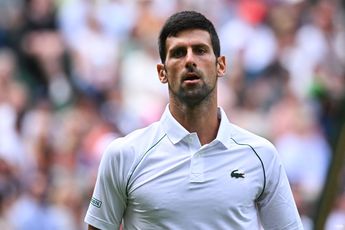 As Wimbledon heads closer towards the final weekend, the schedule continues to slim out with only four singles matches on Tue... 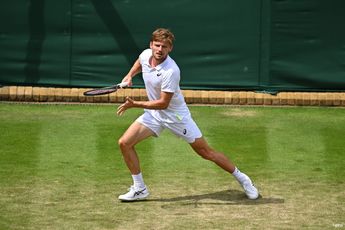 "It means so much to me" - Goffin after reaching Wimbledon quarterfinal 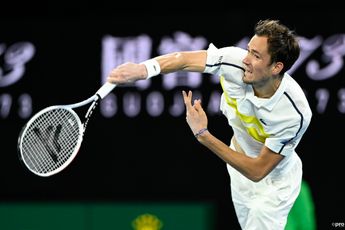 Daniil Medvedev let out all his Den Bosch anger on David Goffin beating the Belgian 6-3 6-2 in just over an hour. It was a ve... 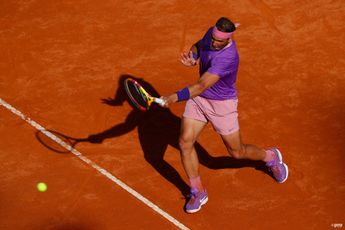 Rafael Nadal was not brilliant in his match against David Goffin but he complicated way more than he should have in the 6-3 5... 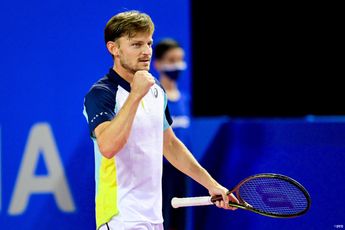 The past 12 months have been the toughest the Belgian has faced since he made his ATP Tour debut in 2011 after he was forced... 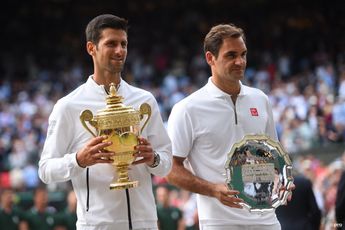 "I'm not worried, it's going to be exciting" - Goffin on tennis when Big Three retire

Belgian tennis star David Goffin says that despite the sadness that will come from the retirement of Roger Federer, Novak Dj... 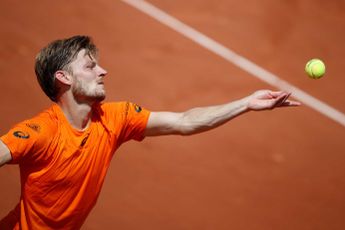 David Goffin secured a final in Marrakech with a straight-set win over Federico Coria 6-3 6-3 and he will be looking for his... 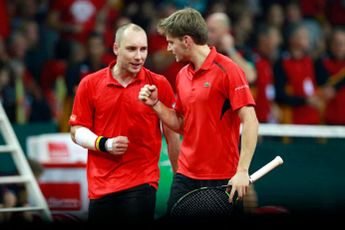 David Goffin finally return to some form and it came in the Davis Cup where he lifted his Belgium past Finland.An away tie ag... 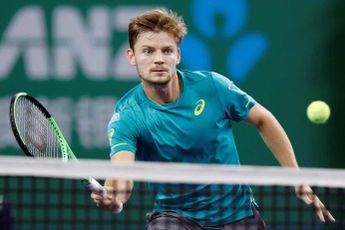 Belgian tennis star David Goffin reveals he hit the best shot of his career during an ATP Finals match against Rafael Nadal....