Daniil Medvedev is a Russian professional tennis player who is known for his consistent baseline play and his breakthrough 2019 season.

Daniil Medvedev was born in Moscow, Russia and was encouraged to take tennis seriously by his father at the age of six. He studied applied economics at the Moscow State Institute of International Relations but dropped out to focus on tennis. His family then moved to Antibes, France, where he began training at the tennis academy. This enabled him to be fluent in English and French, in addition to his native Russian.

After a lackluster performance in the Juniors and ITF circuit, Medvedev made his ATP main draw debut in the doubles event at 2015 Kremlin Cup. He would then qualify for his first ATP singles main draw event at 2016 Nice Open, losing to Guido Pella in three sets. However, his first ATP win would occur three weeks later at the Ricoh Open, where he defeated Horacio Zeballos in straight sets. He would go on to win his first Challenger title at St. Remy, and the Futures title at Trimbach. This saw him break into the Top 100, finishing with a career-high of World No.98.

In 2017, Medvedev reached his first ATP singles final at the Chennai Open (l. to Bautista Agut), climbing to No.65 in the rankings. He followed this with quarterfinal performances at both the Open Sud de France and the Open 13. He advanced to his first ATP 500 quarterfinal at the 2017 Aegon Championships, losing to Grigor Dimitrov. His strong grass court showing continued with a semifinal performance at Eastbourne a week later, where he lost to Novak Djokovic. At Wimbledon, he would upset then-World No.3 Stan Wawrinka in the first round before losing to Belgian Ruben Bemelmans.

Medvedev began the 2018 season with his first ATP title win, going 7-0 from qualifying to the final of the Sydney International, where he defeated Alex De Minaur. After making the Rotterdam quarterfinals (l. to Seppi), he would win his second ATP title at the Winston Salem Open. The Russian did not drop a set during the tournament, defeating home favorite Steve Johnson in the final.

Medvedev followed this victory with another title, overcoming Japanese star Kei Nishikori in the final of the Japan Open and winning his first ATP 500 title. His ranking would rise to a career-high of No.22, making him the No.1 player in Russia. His solid form continued, as he made the semifinals of both the Kremlin Cup and the Basel Open. He would achieve a career-high of No.16 and finish the 2018 season with an ATP-leading 38 match wins.

Medvedev’s breakthrough season occurred in 2019, as he began the year by reaching the Brisbane final (l. to Nishikori). He would reach the fourth round of the Australian Open, losing to eventual champion Novak Djokovic. The following month, Medvedev won his fourth ATP title, defeating Marton Fucsovics in the final of the Sofia Open.

The Russian had a solid clay-court season, reaching the semifinals of the 2019 Monte Carlo Masters (l. to Lajovic) . This was followed by his first ATP final appearance on clay, when he finished as runner-up to Dominic Thiem at the Barcelona Open.

After a first round exit at the French Open, Medvedev would break into the Top 10 following a third round showing at Wimbledon. The turning point in his career would occur during the North American hardcourt swing. The Russian reached the Citi Open final, losing to Nick Kyrgios. His first Masters 1000 final would follow at the Rogers Cup, where he would lose to top seed Rafael Nadal. Medvedev would reach a second consecutive Masters 100 final, defeating defending champion Novak Djokovic in the Cincinnati semifinals. He then defeated Belgian David Goffin in the final to lift his first Masters title.

Medvedev would seal his incredible hardcourt season with another final appearance, this time at the 2019 US Open. In a run that captured the attention of millions of tennis fans, the Russian would face Rafael Nadal in a blockbuster final. With both men leaving it all on the court, Nadal emerged victorious after a five-set marathon. However, Medvedev would steal the hearts of fans and announce his arrival as one to possibly end the dominance of the Big 3. This performance would see him reach a career-high of World No.5 in the ATP rankings.

Medvedev would go on to win two consecutive titles, his home tournament in St. Petersburg and the Shanghai Masters. He became the 7th male player since 2000 to reach nine or more ATP finals in one season. He qualified for the year-ending ATP Finals but lost all his round-robin matches in his debut.

The 2020 season saw Medvedev lead Team Russia to the semifinals of the inaugural ATP Cup. After going 4-1 at the event, he would lose to Stan Wawrinka in the fourth round of the Australian Open. This would be followed by a first round showing at the Rotterdam Open (l. to Pospisil), and a quarterfinal appearance at Marseille (l. to Simon).

Medvedev has a younger sister and married his girlfriend, Daria in September 2018. The Russian’s career has been mired in controversy due to his volatile nature, he has been fined numerous times for unsportsmanlike conduct during matches. This was brought to the limelight when he uttered a visible obscenity during his match against Feliciano Lopez at the 2019 US Open. Additionally, he was fined close to $15,000 during his second round loss at the 2017 Wimbledon Championships for unsportsmanlike conduct against the chair umpire.

Read all the latest news about Daniil Medvedev 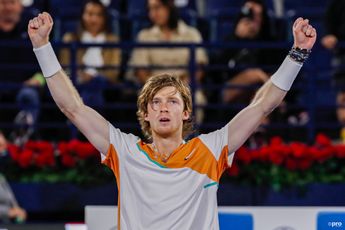 The 2023 Qatar ExxonMobil Open will be hosted in Doha, Qatar from February 20-26 and is an annual delight on the ATP calendar... 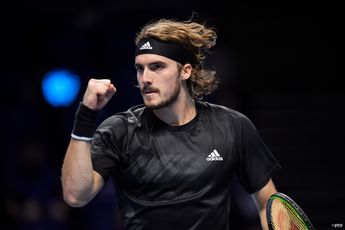 The 2023 Rotterdam Open will be running in the middle of February and traditionally will featured a pretty strong field as it...

The Qatar ExxonMobil Open will be hosted in Doha, Qatar from February 20-26, 2023 and will feature several of the ATP's top t...

In a complex match, Sebastián Korda defeated the Pole and will play against Karen Khachanov in the quarterfinals of the Austr...

Daniil Medvedev got beaten by Sebsatian Korda early in the event in Melbourne and due to that he'll drop out of the top 10 on...

"Beating someone as good and as slam tested is massive": Roddick heaps praise on Korda after dumping out Medvedev 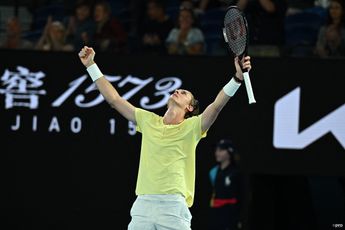 Sebastian Korda upset the former number world No. 1 Daniil Medvedev in straight sets at the Australian Open. In the press con...

Sebastian Korda beating Daniil Medvedev at the Australian Open guaruantees that we'll see a first-time finalist in the Austra... 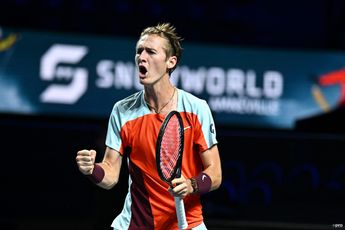 Sebastian Korda's father Petr won the Australian Open in his day and his son channelled some of that down under magic in a su... 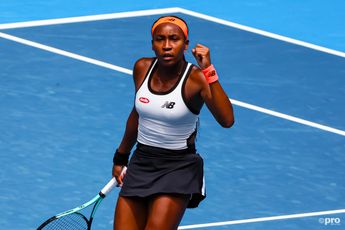 Day Five of 2023 Australian Open takes place on Friday and sees Coco Gauff as the leading player on Rod Laver Arena, while Wo...