Naomi Osaka is a Japanese professional player and former World No.1 who came into the limelight after her spectacular 2018 season, during which she won her maiden Grand Slam title.

Naomi Osaka was born in Osaka, Japan to a Haitian father and a Japanese mother. She was given her mother’s maiden name due to the Japanese Family Registration Law, but the family moved to the United States when Naomi was three years old. She began playing soon after, taught by her father who was inspired by the Williams sisters success. Osaka’s talent was obvious and she soon began training at various high-ranking Tennis academies. Her parents decided that she would represent Japan at an early age, as she was brought up in a household of Japanese and Haitian culture.

Osaka never played on the ITF Junior Circuit, and skipped straight to the ITF Women’s Circuit, playing her first qualifying match in 2011 when she was 14. Although she never won a title at the ITF level, she did finish runner-up on four occasions.

She qualified for her first WTA main-draw event in 2014, upsetting World No.19 Samantha Stosur in the first round of the 2014 Stanford Classic. She would win one more WTA-level match that year at the Japan Women’s Open, ending the season ranked inside the Top 250. Although she failed to win a WTA singles match in 2015, her ranking would continue to climb due to her strong performance on the ITF Circuit. She finished the year ranked World No.144.

The 2016 season saw Osaka advance to four WTA quarterfinals, at Brisbane (l. to Bondarenko), Acapulco (l. to Stephens), Florianopolis (l. to Puig) and Tianjin (l. to Kuznetsova). She would make her Grand Slam debut at the 2016 Australian Open, upsetting World No.21 Elina Svitolina in the second round. She would lose in the next round to World No.16 Victoria Azarenka, and follow this with a third round showing at the French Open. Osaka made her first WTA final at the Premier-level Pan Pacific Open in Tokyo, finishing runner-up to Caroline Wozniacki. Nonetheless, she entered the Top 50 for the first time, finishing the year ranked World No.40. As a result, she was voted the 2016 WTA Newcomer of the Year.

Osaka would suffer a setback during the 2017 season, seeing her ranking drop following several first round losses. Her best result came at the 2017 Auckland Open, losing to Ana Konjuh in the quarterfinals. She would lose in the third round of Wimbledon and the US Open, falling to Venus Williams and Kaia Kanepi respectively. However, she did manage to upset defending champion Angelique Kerber in the first round in New York. She would end the year ranked World No.68, following a victory over Venus Williams at the Hong Kong Open.

During the 2018 season, Osaka would hire Sascha Bajin to be her coach. Bajin is best known for working with Serena Williams, and the change was evident. She would reach the fourth round of the Australian Open, losing to World No.1 Simona Halep. Osaka would have the next big breakthrough of her career at Indian Wells, where she won her first WTA title. She upset Top 5 players Karolina Pliskova and Halep en route to defeating Daria Kasatkina in the final. This saw her rise to a new career-high of No.22 in the world.

Osaka would defeat her childhood idol Serena Williams in the first round of the Miami Open, as Williams was competing in her second tournament since returning from maternity leave. The Japanese star would go on to reach the semifinals of the Nottingham Open, losing to top seed Ashleigh Barty. Subsequently, she would win her maiden Grand Slam title at the 2018 US Open, defeating Serena Williams in the final. As a result, Osaka became the first Japanese woman to contest a Grand Slam singles final and the first Japanese Grand Slam singles champion.

Osaka would extend her win-streak to 10 matches when she made the Pan Pacific Open final, but lose to Karolina Pliskova. She made the semifinals at the China Open, and rose to a career-best ranking of World No.4. She would end the year by participating at the WTA Finals, but lost all three of her round-robin matches.

Osaka entered the 2019 Australian Open as the fourth seed and also one of eleven players in contention for the world No. 1 ranking. She would defeat Petra Kvitova in the final to win her second consecutive Grand Slam title. This victory saw her rise to World No.1, becoming the first Asian player to achieve this feat. However, she would part ways with coach Sascha Bajin following the tournament.

Osaka would struggle following her Australian Open victory, posting early-round losses at Indian Wells and Miami. Although she made the semifinals at the Stuttgart Open, she would withdraw citing an abdominal injury. She would match her best French Open result with a third round loss, and suffer a first-round upset at Wimbledon. As a result, she would lose the World No.1 ranking to Ashleigh Barty. However, she would regain this ranking following quarterfinal appearances at the Canadian Open and the Cincinnati Open. As the top seed at the 2019 US Open, Osaka would lose in the fourth round against Belinda Bencic. This saw her fall to No.4 in the world. However, after returning to her father as coach, she would win two consecutive events.  She won the Pan Pacific Open in her hometown of Osaka, followed by the Premier Mandatory China Open in Beijing. Osaka defeated US Open champion Bianca Andreescu in the quarterfinals and World No.1 Ashleigh Barty in the final, both in three sets. This saw her ranking climb to World No.3, allowing her to qualify for the WTA Finals. However, she would withdraw after defeating Petra Kvitova in her first match, citing a right shoulder injury.

Osaka would begin the 2020 season with a semifinal showing at the Brisbane International, losing to eventual champion Karolina Pliskova. She would suffer a third round loss to American teenager Coco Gauff at the 2020 Australian Open, before the WTA season was suspended due to the coronavirus pandemic.

Osaka has an older sister, Mari, who is also a professional tennis player. The pair have competed together in doubles events on the ITF Women’s Circuit. Osaka is a brand ambassador for Japanese automobile manufacturer Nissan, and is endorsed by several other Japanese companies. In fact, she is one of the most marketable female athletes in the world, earning over $37 million dollars between June 2019 and May 2020. This feat saw her become the highest-paid female athlete of all time, at just 22 years of age.

Read all the latest news about Naomi Osaka 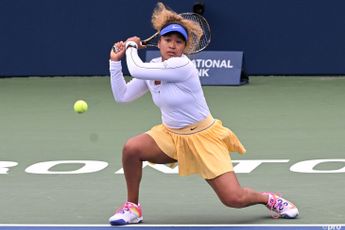 Naomi Osaka attended an exhibition clash between Floyd Mayweather Jr. and Mikuru Asakuru in Japan and she met Philippine boxe... 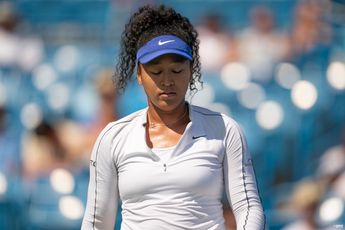 Osaka should take inspiration from Serena Williams in quest to get form back according to Shriver: “The best way to do that is just to play matches”

It is fair to say that Naomi Osaka hasn't been at her best this year. With the Japanese internationals only standout performa... 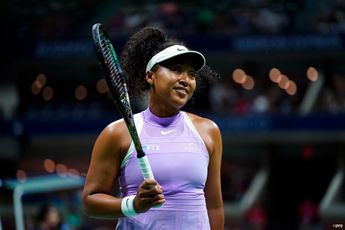 Former World No.1 Naomi Osaka visited the Play Academy in Tokyo and spent some quality time with the students of the academy...

Naomi Osaka withdrew earlier today from the WTA Tokyo event due to an 'illness' with tennis fans slamming the player on socia... 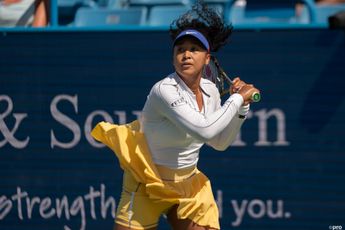 Naomi Osaka withdraws before her match against Haddad Maia in Tokyo

Naomi Osaka only played 5 minutes against Savile and withdrew due to illness before her match with Haddad Maia in Tokyo.Anoth... 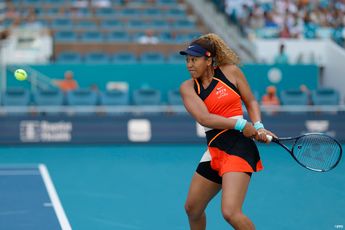 Japanese superstar Naomi Osaka advanced to the next round at the Toray Pan Pacific Open after her opponent Daria Saville suff...

Naomi Osaka's return to Tokyo was successful but not in the way she had hoped as her opponent had to retire due to an injury.... 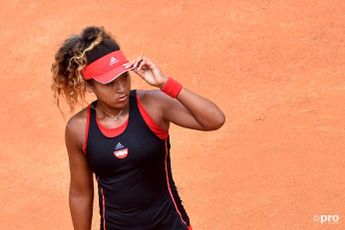 Osaka admits to struggles as she aims to break out of slump at Pan Pacific Open: "Life is ups and downs, and this year was more down than up"

Former world No.1 Naomi Osaka admitted Monday that she had gone through "more down than up" this year as she tries to break o...

The WTA Tour heads to Asia over the next week with the Toray Pan Pacific Open one of the main ports of call in Tokyo which fe...

The popularity and constant focus of the spotlight on tennis star Naomi Osaka have come with irreversible consequences, accor...