Roberto Bautista Agut is a Spanish professional tennis player who has won multiple singles titles and is an ATP Masters 1000 runner-up.

Roberto Bautista Agut was born in Castellon De La Plana, Spain and began playing tennis at the age of five. His mother signed him up to play on the weekends and he developed a passion for the sport. He was also interested in football and played for Villarreal C.F until he was 14. At that point, decided to focus solely on his tennis career. His tennis idols growing up were retired Spaniards Juan Carlos Ferrero and David Ferrer. As a junior, he compiled a record of 41-13, reaching as high as No.47 on the junior world rankings.

From 2005-2008, Bautista Agut participated in Futures events, winning five titles. He qualified for his first ATP Tour-level event at the 2009 Valencia Open, losing to Albert Montanes in the first round. He would go on to feature prominently on the ATP Challengers Tour, winning three titles in 2012. It was during this season that he made his Grand Slam debut, losing to Ricardo Mello in the first round of the 2012 Australian Open. He reached his first ATP main draw quarterfinal at St. Petersburg later that year, losing to Fabio Fognini. He would finish the year ranked inside the Top 100 for the first time in his career.

Bautista Agut reached his first ATP final at the 2013 Chennai Open, losing to World No.9 Janko Tipsarevic. He would make the second round at Roland Garros (l. to Chardy) and lose to his childhood idol David Ferrer in the second round at both Wimbledon and the US Open. Nonetheless, he reached a career-high of World No.48 and won a personal-best 26 matches in 2013.

The Spaniard began the 2014 season by making the semifinals of the Heineken Open (l. to Isner) and the fourth round of the Australian Open (l. to Dimitrov). He would reach his first ATP Masters semifinal at the Madrid Masters, losing to World No.1 Rafael Nadal. After a third round appearance at the French Open, Bautista Agut would have the best run of his career a few weeks later. Seeded third at the Topshelf Open, Bautista Agut defeated German Benjamin Becker in the final to lift his first ATP title. He would follow this performance with his second career title, defeating Lucas Rosol in the final of the Mercedes Cup. After a fourth round appearance at the US Open (l. to Roger Federer), the Spaniard would reach the Kremlin Cup final but lose to reigning US Open champion Marin Cilic. Bautista Agut would end the year ranked World No.15 and win the ATP’s Most Improved Player award.

Bautista Agut had some strong showings during the 2015 season, highlighted by fourth round losses at Wimbledon and the US Open to Federer and Novak Djokovic respectively. He would make the finals at the Kremlin Cup (l. to Cilic) and Valencia (l. to Sousa) but fail to capture any titles. He would win two titles in 2016, at Auckland (d. Sock) and Sofia (d. Troicki). Furthermore, he would upset World No.1 Djokovic en route to his maiden ATP Masters final at the Shanghai Masters. Although this was the first time he had beaten a World No.1, he would lose to Andy Murray in the final in straight sets. Bautista Agut would finish the year ranked World No.14, setting a career-high of 48 match wins.

Bautista Agut would begin his 2017 season with a title at the Chennai Open, defeating Daniil Medvedev in the final. He had fourth round showings at the Australian Open (l. to Raonic), Roland Garros (l. to Nadal) and Wimbledon (l. to Cilic). He would finally win his second title of the year at Winston Salem, defeating Damir Dzumhur in the final. The Spaniard won his second Auckland title in 2018, defeating second seed Juan Martin Del Potro in the final. He would win the biggest title of his career at the ATP 500 tournament in Dubai, beating in-form Frenchman Lucas Pouille in the final. At World No.23, he became the lowest-ranked Dubai champion since Fabrice Santoro won as No.22 in 2002. Bautista Agut would also reach a career-high of No.13 in May, with a runner-up appearance at Gstaad (l. to Berrettini) and semifinal showings at Halle (l. to Coric) and St. Petersburg (l. to Thiem). He would finish 2018 ranked No.24, after earning over 30 match wins for the fifth straight season.

Bautista Agut began the 2019 season with a title win at the Qatar Open, upsetting World No.1 Novak Djokovic in the semifinal before defeating Czech Tomas Berdych in the final. At the Australian Open, he would defeat an ailing Andy Murray in five sets in the first round before reaching his first Major quarterfinal. The Spaniard would fall to 14th seed Stefanos Tsitsipas, but earned enough points to re-enter the Top 20. He defeated Djokovic again en route to the Miami Masters quarterfinal, but lost to American John Isner. He reached his first Grand Slam semifinal at Wimbledon, losing to Djokovic in four sets. Following quarterfinal appearances at both the Montreal (l. to Gael Monfils) and Cincinnati Masters (l. to Gasquet), he broke into the Top 10 for the first time in his career. He would achieve a career-high of No.9 soon after, and end the season with 42 match-wins.

Bautista Agut represented Spain at the 2020 ATP Cup, going 6-0 in his matches. However, it was not enough as Spain lost to Serbia 1-2 in the final. He would lose to Marin Cilic in the third round of the Australian Open, going 8-1 for the month of January.

Bautista Agut is nicknamed Bati and married his wife, Ana in November 2019. He was part of Spain’s winning team at the 2019 Davis Cup Finals, going undefeated in singles play. He supports Villarreal C.F and also enjoys horseback riding.

Read all the latest news about Roberto Bautista Agut 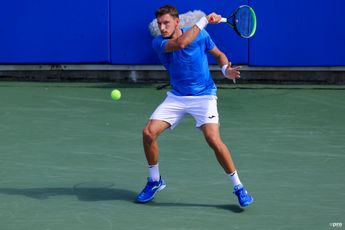 The Davis Cup Finals are close and closer and Team Spain has announced its team for the competition and it will be a very goo... 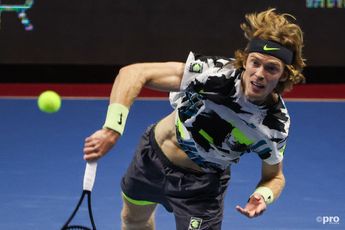 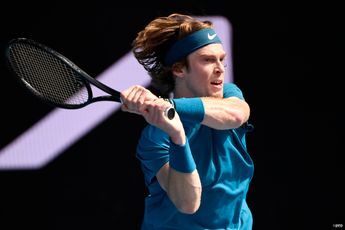 The 2021 St. Petersburg is an ATP 250 event running at the end of October and headlined by Andrey Rublev and Denis Shapovalov... 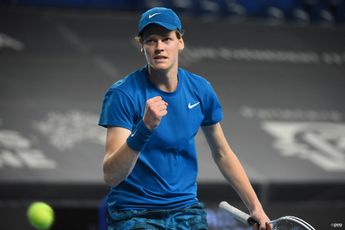 After a successful event in 2020, the Sofia Open returns in 2021 for another one as the field will be headlined by defending... 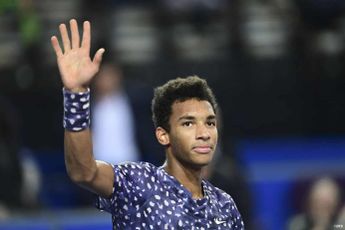 The 2021 European Open in Antwerp is back with a packed field headlined by Auger-Aliassime and Andy Murray. Andy Murray is pl... 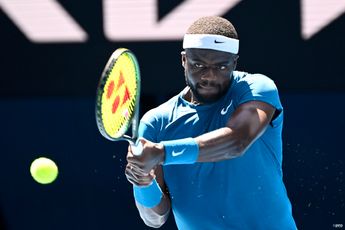 On a day filled with upsets, Frances Tiafoe pulled off one of the biggest wins of his career by stunning fifth-seeded Andrey... 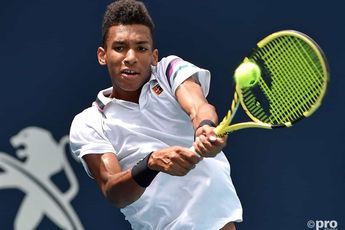 In a match that surely tested the endurance of both players, Felix Auger-Aliassime outlasted Roberto Bautista Agut in a five-... 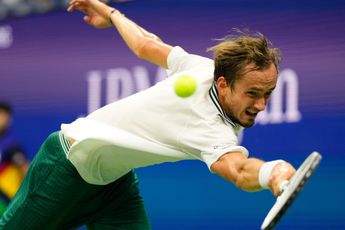 The US Open continues with the 3rd round bringing us Naomi Osaka, Simona Halep, Daniil Medvedev and Stefanos Tsitsipas back t... 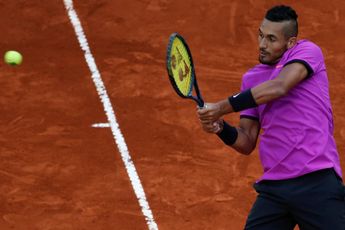 Kyrgios on the verge of dropping out of ATP Top 100

Following his first round loss to Roberto Bautista Agut, Nick Kyrgios is flirting with dropping out of the Top 100 on the ATP... 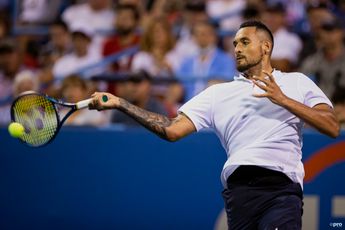 Nick Kyrgios has always been at the center of controversy, whether it's due to his antics and outbursts on court or his socia...