Belinda Bencic is a Swiss professional tennis player who has reached the Top 5 on the WTA rankings and is a Grand Slam semifinalist.

Belinda Bencic was born in Flawil, Switzerland to Slovak parents who emigrated to Switzerland in 1968. She began playing tennis at the age of three, practicing with her father for an hour a day by the time she was four. She soon started training at Melanie Molitor’s training school, as Molitor was the mother and coach of World No.1 Swiss tennis player Martina Hingis.  Bencic worked with Molitor through her teenage years and began competing at the ITF Junior Circuit in 2010. She won her first event at the Czech International Junior Indoor Championships at the age of 14. In 2013, she would win the junior French Open and Wimbledon titles, ending the year as the World No.1 junior.

Bencic made her WTA main draw debut at the 2012 Luxembourg Open, losing in the first round to Venus Williams. However, she ended the year with two singles titles and one doubles title on the ITF Women’s circuit. In 2013, she picked up her first WTA win at the Pan Pacific Open, defeating Daria Gavrilova in the first round. She also won a match at the Japan Women’s Open, finishing the year ranked World No.184.

Bencic began the 2014 season with a second round appearance at the Australian Open, losing to eventual champion Li Na. At the 2014 Family Circle Cup, she made it to the semifinals as a 17-year old qualifier. Following a first round loss at Roland Garros, she would reach the third round at Wimbledon and quarterfinals at the US Open. She reached her first career WTA final at the 2014 Tianjin Open, losing to Alison Riske. These strong results saw her rise to World No.33, and she was awarded the WTA Newcomer of the Year award.

Bencic suffered a dip in form during the first half of 2015, losing in the early rounds at the Australian Open and Roland Garros. However, she would finish runner-up to Camila Giorgi at the Topshelf Open in the lead-up to Wimbledon. This was followed by her maiden WTA title, defeating Agnieszka Radwanska to lift the Eastbourne International trophy. She would go on to reach the fourth round of Wimbledon.

The Swiss would win the biggest title of her career at the 2015 Rogers Cup, upsetting World No.1 Serena Williams en route to the final. She would defeat World No.3 Simona Halep to lift the trophy, and rise to No.12 on the WTA Rankings. Bencic reached another final at the Pan Pacific Open, losing to Radwanska in their second final of the year. She ended her season early in October, citing leg and hand injuries.

Bencic would reach the semifinal at the 2016 Sydney International (l. to Puig) and the fourth round of the Australian Open (l. to Sharapova). She finished runner-up to Roberta Vinci at the St. Petersburg Ladies’ Trophy, which saw her enter the Top 10 for the first time while still 18 years old. However, she was forced to miss the clay-court season due to a back injury and could not replicate the previous year’s success when she returned. She reached the second round at Wimbledon and third round at the US Open, ending the year ranked No.42.

Bencic continued to struggle during the 2017 season, recording just one WTA match win during the first four months of the year. She would undergo surgery on her left wrist, and remain out of action until September. Her ranking dropped to World No.312, forcing her to compete at the ITF level. She would win two WTA $125K events in Asia, in addition to a quarterfinal showing at the Linz Open. This saw her climb back up the WTA Rankings, ending the year at No.74 in the world.

Bencic would begin the 2018 season by teaming with compatriot Roger Federer to win the Hopman Cup for Switzerland. After a second round showing at the Australian Open, she would be forced to miss more time due to a foot injury. She would return at the French Open, reaching the second round. A fourth round performance at Wimbledon (l. to Kerber) would put her back in the Top 50. She would lose in the first round of the US Open, before competing at the Luxembourg Open. Bencic would reach the final as a qualifier, losing to top seed Julia Goerges and ending the season as World No.54.

Bencic had a strong start to 2019, reaching the semifinals at the Hobart International. She would reach the third round of the Australian Open, losing to eventual runner-up Petra Kvitova. This was followed by a surprise run in Dubai, during which she upset World No.2 Simona Halep and No.6 Elina Svitolina en route to the final. She would face and defeat Kvitova to win her third WTA singles title, rising to No.23 in the rankings. This was followed by two semifinal showings, at Indian Wells and the Madrid Open, during which she defeated World No.1 Naomi Osaka each time. Her ranking would rise to No.15, and she reached the third round of Roland Garros for the first time.

During the 2019 grass court season, Bencic reached her second WTA final of the year at the Mallorca Open. Although she defeated top seed Angelique Kerber in the semifinal, she was unable to overcome Sofia Kenin in the final. She would post third round appearances at Wimbledon and the Canadian Open before competing at the US Open. Bencic would produce the best Grand Slam result of her career, reaching her first Major semifinal. In the fourth round, she defeated defending champion Naomi Osaka for the third time that season. She would lose to eventual champion Bianca Andreescu in the semifinals, but break back into the Top 10.

Bencic would win her second title of the year at the Kremlin Cup, defeating Anastasia Pavlyuchenkova in the final. This victory saw her jump ahead of Serena Williams and Kiki Bertens to qualify for the WTA Finals. Making her debut at the event, Bencic would advance to the semifinal but lose to defending champion Elina Svitolina. She finished the year ranked inside the Top 10 for the first time, holding the No.8 position. As a result, she was awarded the WTA Comeback Player of the Year award.

Bencic would lose in the third round of the 2020 Australian Open, falling to 28th seed Anett Kontaveit. She followed this with quarterfinal appearances at St. Petersburg and Doha, before the season was suspended due to the coronavirus pandemic.

Bencic is often compared to Martina Hingis, as both are Swiss and are of Slovak descent. She was also coached by Hingis’s mother, although her father remained her primary coach. She is a two-time Hopman Cup winner with Roger Federer (2018, 2019) and he had praise for her prowess at returning serves.

Read all the latest news about Belinda Bencic 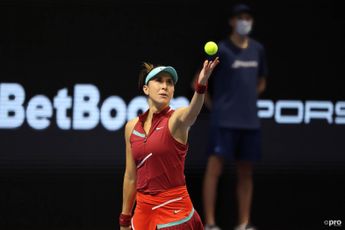 Belinda Bencic scored another huge win for her country winning the Billie Jean King Cup on top of the gold medal.Bencic won t... 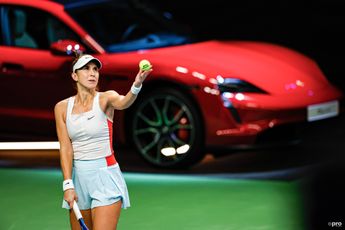 Bencic led Switzerland to the final last year but they could not overpower Russia, but they proved better than Australia this... 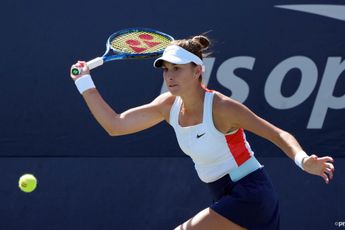 After playing and losing in the Billie Jean King Cup Finals final last year Bencic returned with vengeance and she pushed Swi...

Belinda Bencic needed to win in order for Switzerland to move on at the Billie Jean King Cup and she did just that by beating...

Tursunov on shifting to work with Bencic after Raducanu split: "She didn’t really need to do a lot of convincing, the commitment was staggering"

Dmitry Tursunov revealed in an interview that Bencic did not need to convince him too much as he was already impressed by the... 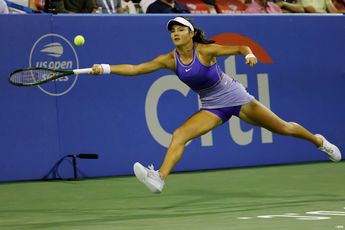 British tennis star Emma Raducanu has been told that it was “clear” her partnership with Dmitry Tursunov would never work in... 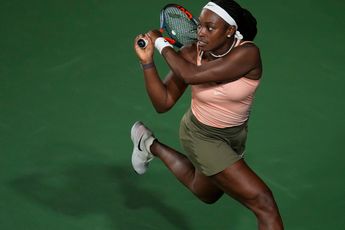 Stephens ousts Bencic to reach round of 16 in Guadalajara

"I tried everything to get him" - Bencic on getting Dmitry Tursunov

Belinda Bencic admitted after her first match under Tursunov that she desperately wanted to work with him believing him to be... 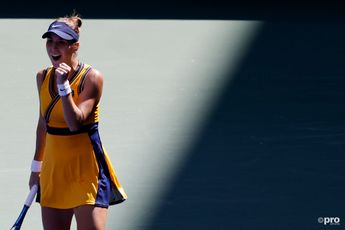 Belinda Bencic battles past Leylah Fernandez in the first round of the Guadalajara Open and she was quite happy after the win... 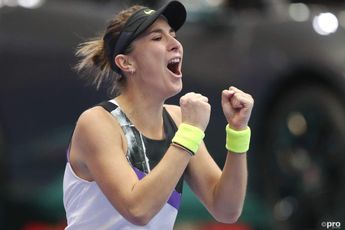 World No.14 Belinda Bencic was forced to dig deep on Monday night at the Guadalajara Open Akron, surviving a second set colla...